The show must go on, even in lockdown 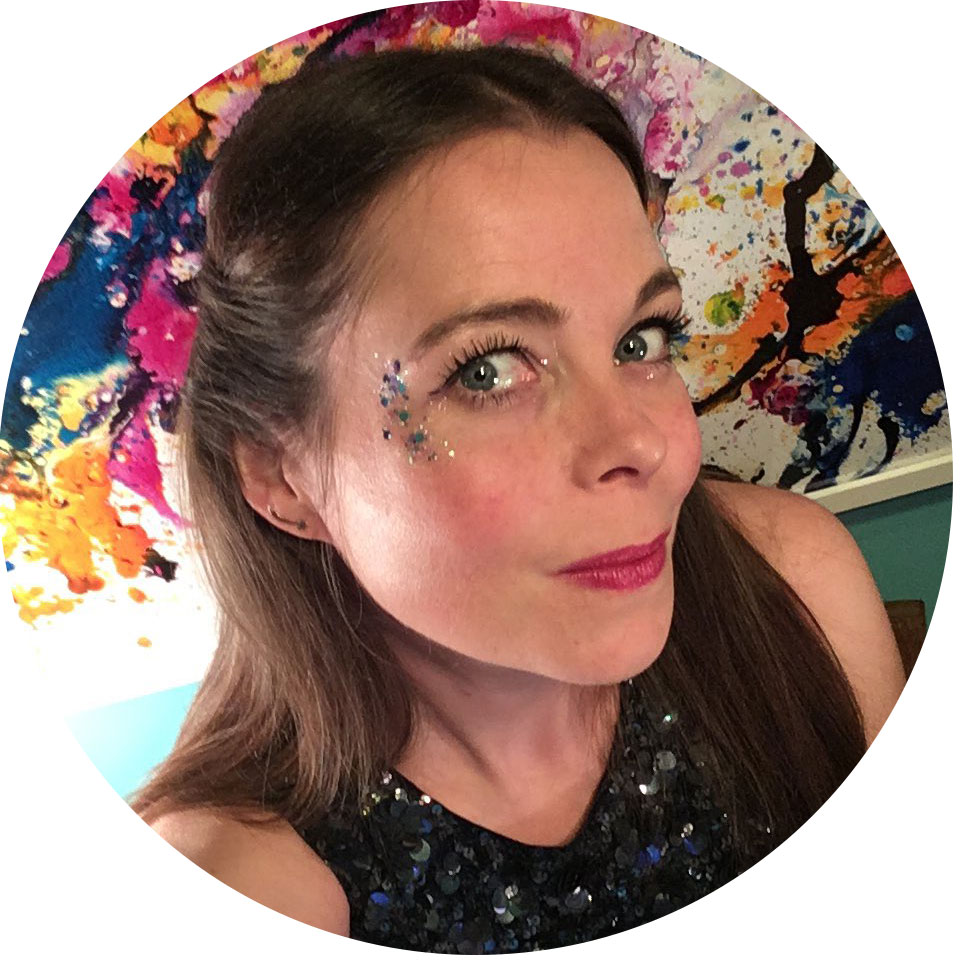 We are all told that mental illness isn't a laughing matter - but what happens if laughter is your therapy and, mid tour, suddenly the safety curtain descends and the stage lights go off? In this special blog, comedian and writer Juliette Burton explores the impact of lockdown on her mental health, and how comedy has helped her through.

Comedy is my profession. Taking to a stage and, finding the funny in my most painful of experiences is how I’ve survived my mental illness and the worst, darkest, loneliest moments of my life. I was on my second national UK tour before the lockdown was announced. I’d had three of my all-time favourite ever gigs and was looking forward to a run of many more. Then we went into lockdown, and everything changed.

Luckily for me, I believe a career is a vocation, not just a job. It turns out there are ways to get my comedy across to a remote audience. Mainly through home performances and writing like I am to you right now.

But I’m not going to lie, this has been difficult for my mental health. At first I was rather arrogant. “Stay in? Avoid people? Stay away from others? Be anxious all the time that you might hurt other people?” Easy! I’ve got depression and anxiety disorder! I’ve been training for this my whole life!

But staying at home involves me staying alone with my mentally ill brain. I have multiple illnesses ranging from depression and anxiety disorder to complex post-traumatic stress disorder stemming from traumatic events in childhood from which I could not escape.

How have I been coping? Well arguably, many times, I haven’t. I wasn’t finding my mind easy to live with before this began.

At first, I was excited to follow one bit of therapy speak I’d been told most of my life “Be kind to yourself”. “Great! I’ll have all this time for the self-care I usually tell myself I don’t have time to do!” I thought. And that worked. For about a day.

I moisturised every day. For a day. I had candlelit baths. Once. I ate healthy food and went to bed at a healthy time one night. And then the darkness crept back in. It was horrid, but also comforting. It felt so unfamiliar to be looking after myself. Far more challenging than doing what I’ve always done – not looking after myself.

My depression raised its head. Then the anxiety kicked in with a vengeance. I couldn’t sleep. And once asleep I kept waking up loads, shaking, sweating. I couldn’t breathe. Really started worrying this might be The ‘Rona. But no…anxiety disorder.

Then my OCD started being an utter prick…I’ve not really been bothered by that for years. I found my paranoia suddenly reappeared, stronger than ever.

To add to this, my eating disorders started whispering to me that well if there are food shortages maybe I just don’t need to eat…anything?

Eating disorders, OCD, paranoia… These are mental mind enemies I thought I’d defeated. But no…it’s like a big old original cast reunion in my head right now…it’s like the end of Avengers Endgame…won’t say any more but if you have a Disney Plus account – watch it. In fact do a Marvel marathon and you’ll feel better.

I had to go back to the drawing board. I started doing what I did when I was first out of hospital – meal plans. Sticking to a meal plan. Making meals that are healthy and happy and bright and colourful and varied. Creativity and structure with food help me a lot.

I’ve kept running part of my routine, too. I’m in a WhatsApp running team during lockdown. We run alone, but we encourage each other. We’ve got a team name. We’re the Rundowns. We raised money for Rethink Mental Illness doing the 2.6 challenge.

I keep reminding myself I still currently have more freedom than I did when I was sectioned. Yes, there are similarities. Loss of freedom, frustration, feeling disconnected. But also just like when I was sectioned – there’s still hope. All is not lost. There’s a lot to be grateful for.

As frustrating as it might feel, the little positives already feel so much more delicious.  It helps me to focus on gratitude. We’re not disconnected, not really. We might be remote but we don’t have to feel alone.

I can’t take to the stage right now, but I can still use comedy to feel less isolated and to reconnect with others…When the lockdown began I was incredibly touched by messages from audience members asking how they could help, how they could watch my performances at home. I’ve been live streaming, performing at virtual festivals and writing loads of new material. It’s hard to not hear that glorious thing comedians thrive off of and live for – laughter. I'm missing hearing laughter like missing hearing the beat of a beloved's heart. But a silent audience in this situation doesn’t mean they’re not laughing. They’re just on mute. And if an audience isn’t laughing usually that is a sign the joke isn’t funny. But right now I’m being braver with all my material because if I can’t hear the laughter anyway I may as well be brave.

I’m find the quality of connection with audiences is even better than before. Those legends who rock on up to a Twitch, Zoom, YouTube Live or Facebook Live show aren’t sitting there waiting to judge. They want to be entertained, they want connection, community, laughter and fun. And that’s exactly what I want to give them.

And more audience members than ever seem to be watching and then instantly buying tickets to my rescheduled tour dates too.

But now more than ever, a kind word in a tweet post-performance means everything to me. It means the effort to get through these strange, lonely days is worth it. Because I’m not alone. Not really. None of us are. Remote doesn’t have to mean lonely. And distance doesn’t have to mean isolation.

I never want anyone to feel as alone as I’ve felt in my mental illnesses. That’s what got me into comedy and that’s what getting me through this lockdown. That is my purpose.

To me, the opposite to depression isn’t happiness. The opposite of depression is purpose. And right now I’m striving to recommit to and strengthen my purpose - to connect with audiences and make the world a brighter, happier, more honest place.

Juliette Burton is a comedian, writer and Rethink Mental Illness ambassador. She will launch her new Defined website funded by Arts Council England next week which you can find out about by visiting: defined.julietteburton.co.uk/about-the-project. For details of future performances and the rescheduled dates of Juliette’s Defined tour, please visit her website: www.julietteburton.co.uk/shows

Managing anxiety during the outbreak

Coronavirus media coverage is everywhere. Here are some tips from our colleague Peer on how to manage your mental health in this non-stop news cycle.

5 ways to get moving at home

Staying fit and healthy during the covid-19 outbreak is important. This blog from our Physical Activity Manager has five simple tips to get you moving at home.

Read more 5 ways to get moving at home